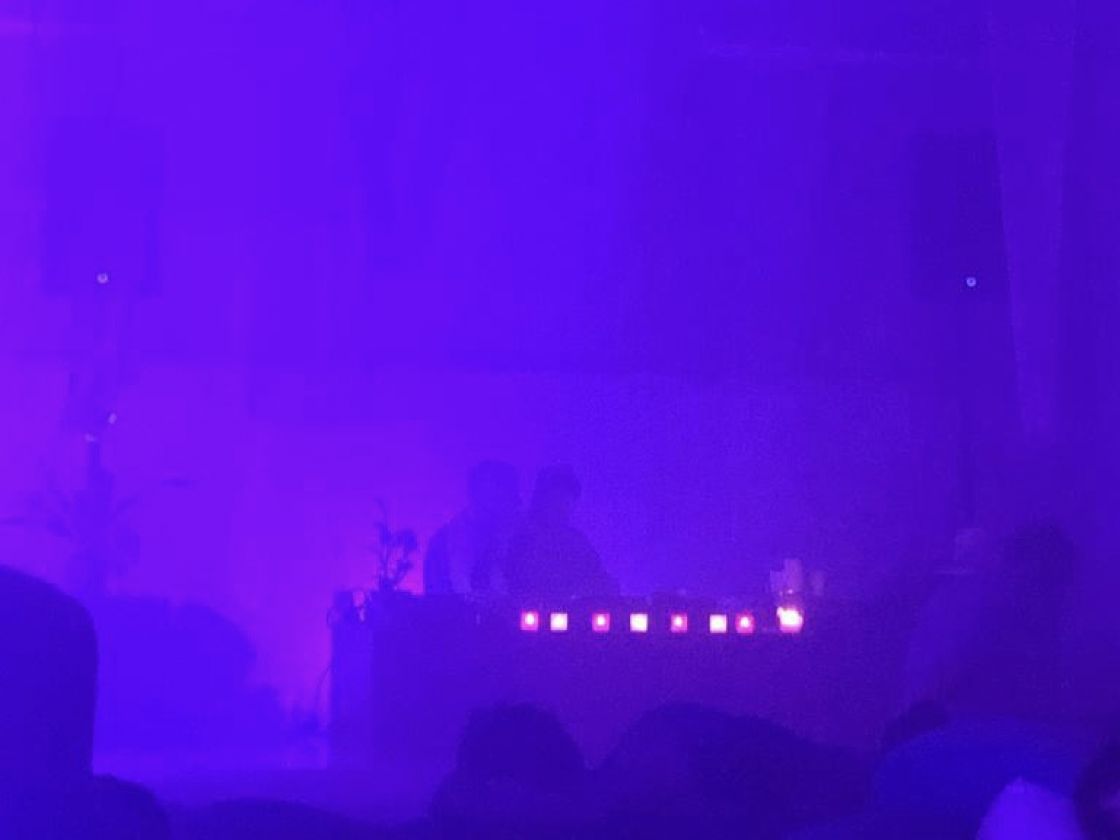 Bring your own rug. Admission starts at 9 pm, the sound seance starts at 10 pm. There is no late admission. The event ends at 4:00 am.

to bite
to be bitten
venomous broken damaged hacked compromised hollow
to abandon the very idea of health
to hold sickness as a new paradigm
to weave a new patient ecstasy
be patient child,
death is a slow dance
dance is a transition
transition is birth
hopeless we learn to morph
into subtle waves
so touch will be possible
no, won’t be like anything you have known before
no, it’s not digital
it will have to be a new intelligence of the immaterial
shed safety child,
join the trembling
– Maria F. Scaroni

What happens when we cannot touch one another?
What becomes of our bodymind when we cannot dance together?
Organised by marum and Lou Drago, the sonic seance series, infinity rug, emerged in response to the pandemic’s restrictions, charged with the collective knowledge from queer raver scenes, to offer a moment to meet, reflect, grieve, listen and practice being-together again. This particular sonic seance will explore what happens when dance is restricted, drawing on historical incidences of both dance ordinances and manias.
In a global historical turn, proximity became a public health hazard. Prohibitions followed suit – curfews, prohibition of aggregation, protest bans and dance ordinances. But can proximity and dance ever really be stopped? After two years of living with the pandemic, we find ourselves once more under a new dance ordinance, Berlin’s Tanzverbot. The resulting cumulative anxieties and constraints of the past years have once more forced us to perish, grieve, morph and adapt.

You’re invited to bring a rug, lay down and get cosy with us. As sound, collective learning and intimate care interweave, bringing the domestic to the public realm, we tentatively explore new ways of being intimate together. Through the depths of the night, we will gently guide you through a soundscape of field recordings, ambient, experiment, drone and deep-mind music from the hosts, marum and Lou Drago, as well a rare dj-set by duo, Yhdessa. The sound will be interwoven with soft, somatic and ceremonial performances and hosting from Maria F. Scaroni, a film screening of “Politics of Ecstasy” by Chiara Baldini and Rafael Kozdron, texts and poetry, scents, textiles, teas, refreshments and other sensorial treats.

Please join us on time as there will be no late admittance and bring your own rug to contribute to the rug-constellation. There will also be some chairs, cushions and beanbags for seating. The space is wheelchair accessible. There will be no strobe lighting, but there will be a smoke machine and incense through an essential oil mister. Any text will be in English, with subtitles on the film, but not for the readings. If you require translation please get in touch and we will see in which way we can accommodate. If you have any questions or need further information, please contact Gina Jeske at or 030 27 89 00 35.
Please click HERE to find information about Sophiensaele’s performance spaces and pathways, accessible restrooms, parking, directions to the theater, a 360° video tour of the building, and more.

Lou Drago is a multi-disciplinary artist, cultural-worker, and radio producer who hosts and curates, Transience, a monthly show on Cashmere Radio, Berlin. Through deep, lush and strange ambient, drone and experient music, Transience aims to offer a suspension of the anxieties that existing within white-supremacist, hetero-patriarchal capitalism produces for many. Drago’s artistic practice fuses their experiential-theoretical and sound-based research to create listening occasions for being-together and being with oneself with others. Together with marum they’ve been developing Infinity Rug, an ambient music focused hybrid-care sonic seance.

marum is a multidisciplinary artist, DJ and curator based in Berlin whose practice and research focuses on queer rave culture, its implications for social and urban politics, collective sound&care practices, and feminist hacktivism. Together with Lou Drago they’ve been developing Infinity Rug, an ambient music focused hybrid-care sonic seance. In Lisbon, marum is a co-founder and resident of the queer rave collective, mina, co-runs the music label, suspension, is a co-founder of the cultural spaces Planeta Manas and Manta, and of the Rabbit Hole collective working since 2011.

Maria Francesca Scaroni is a dance artist, living in Berlin since 2004. She crossbreeds somatic practises and speculative interests with witchcraft, healing, performance and choreography. She hosts workshops re-purposing post modern dance legacies towards technologies for mutual empowerment. Maria performs in Meg Stuart’s works, with whom she collaborates since 2009. Since 2016 she is a member of queer-feminist collective Lecken, Berlin.

Yhdessa is a collaboration between Grand River and Enrica Falqui started in 2017 while they shared a music studio in Berlin. Their first work was released in 2018 on the label One Instrument and is made entirely with the Vermona E-Piano, an electric piano built in 1978. The piece was followed by a second release on “One Instrument Volume 01”. Aimée and Enrica’s musical union is colourful and warm. It shows an experimental ambient-electro side of the two composers.