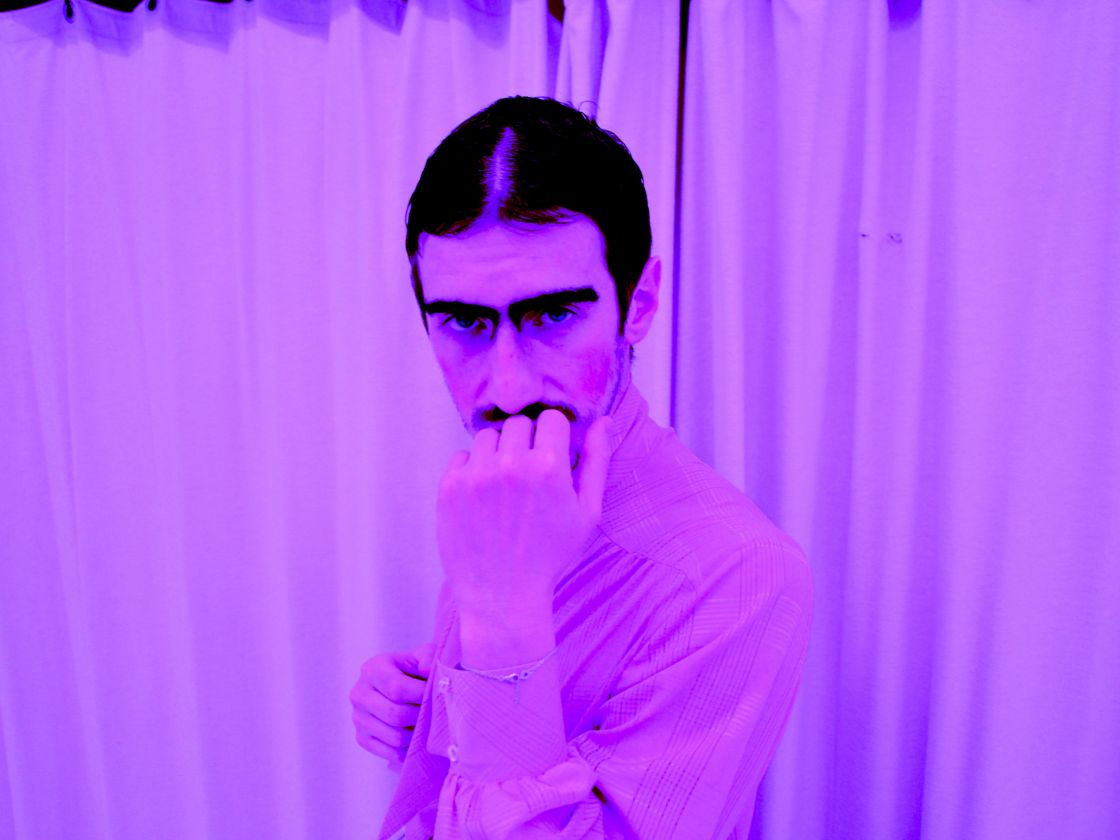 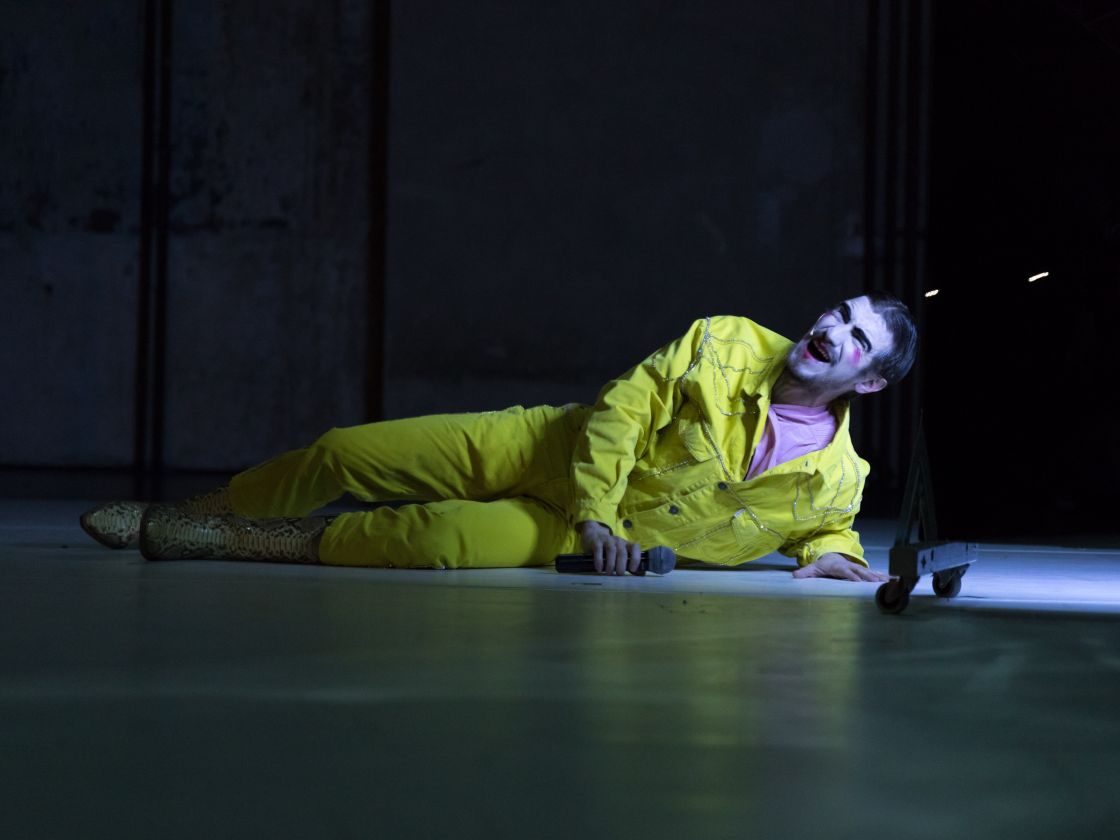 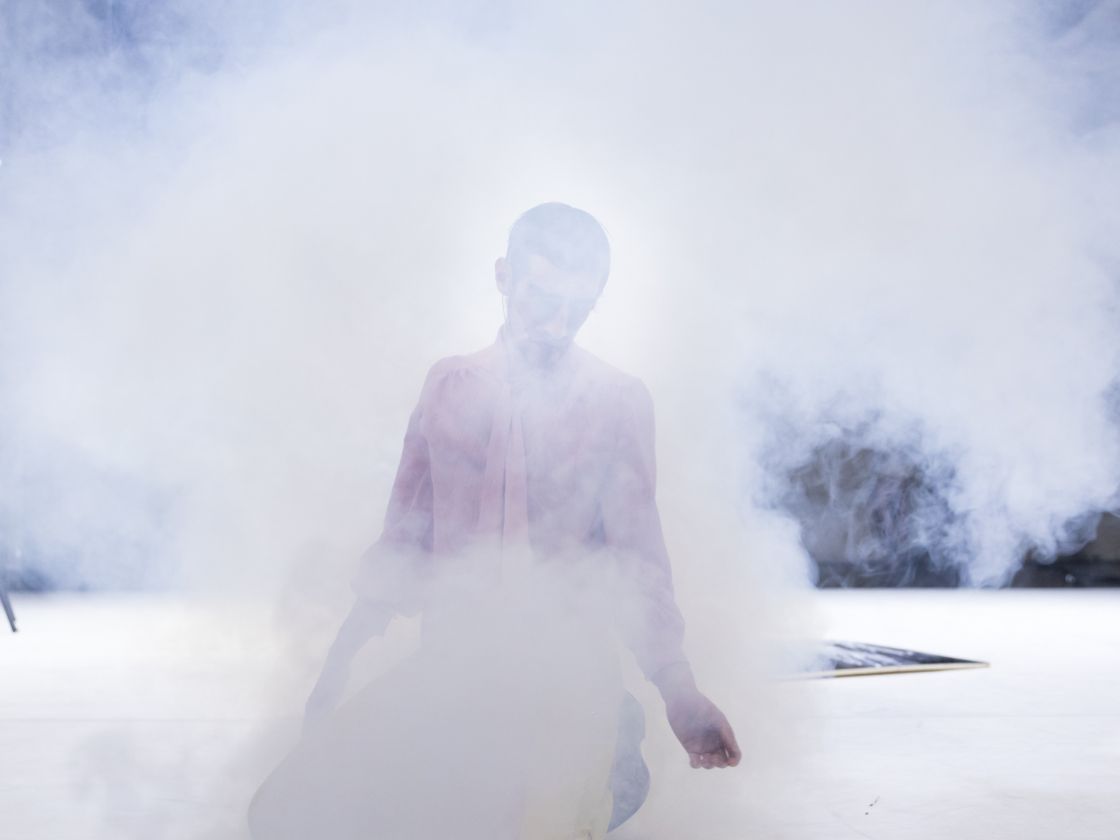 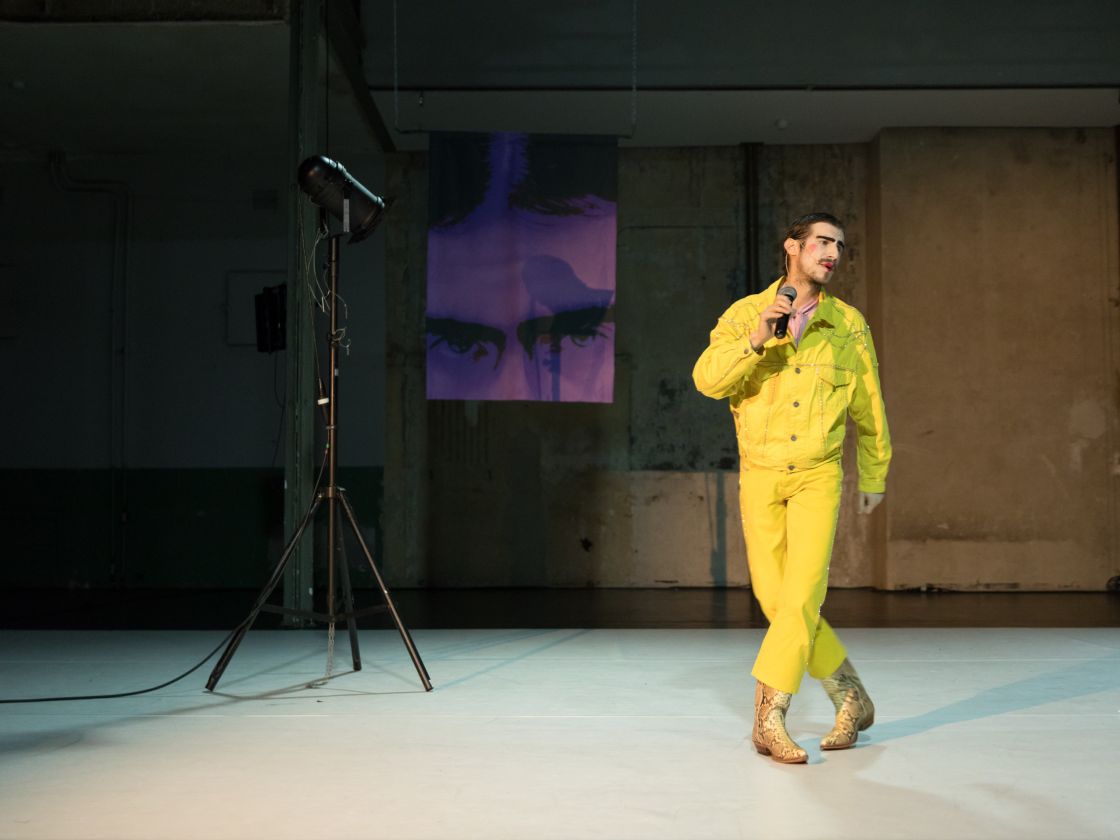 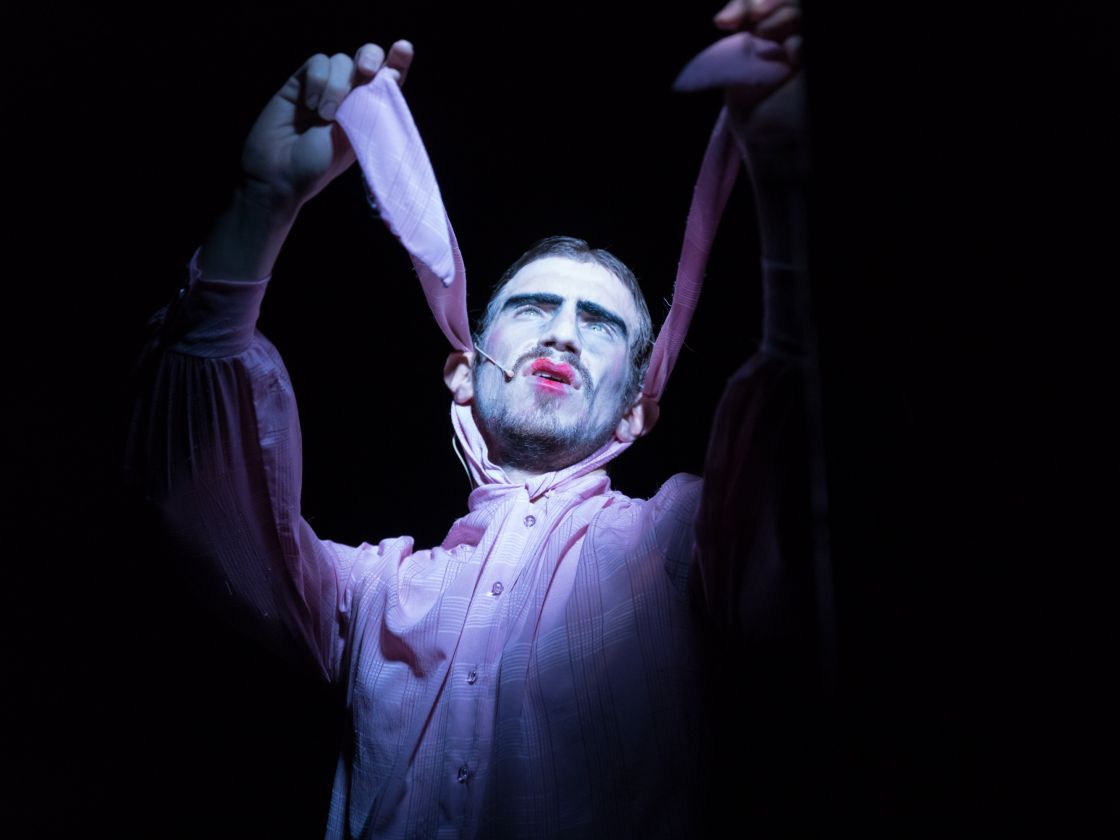 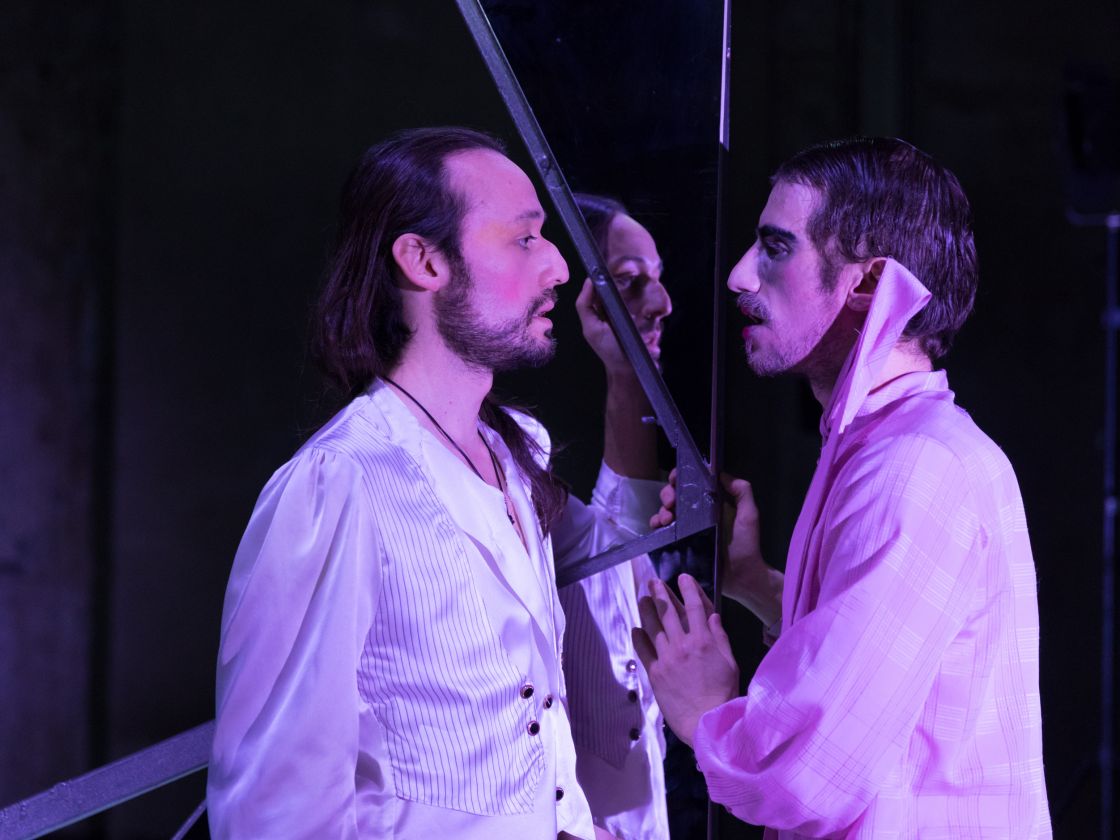 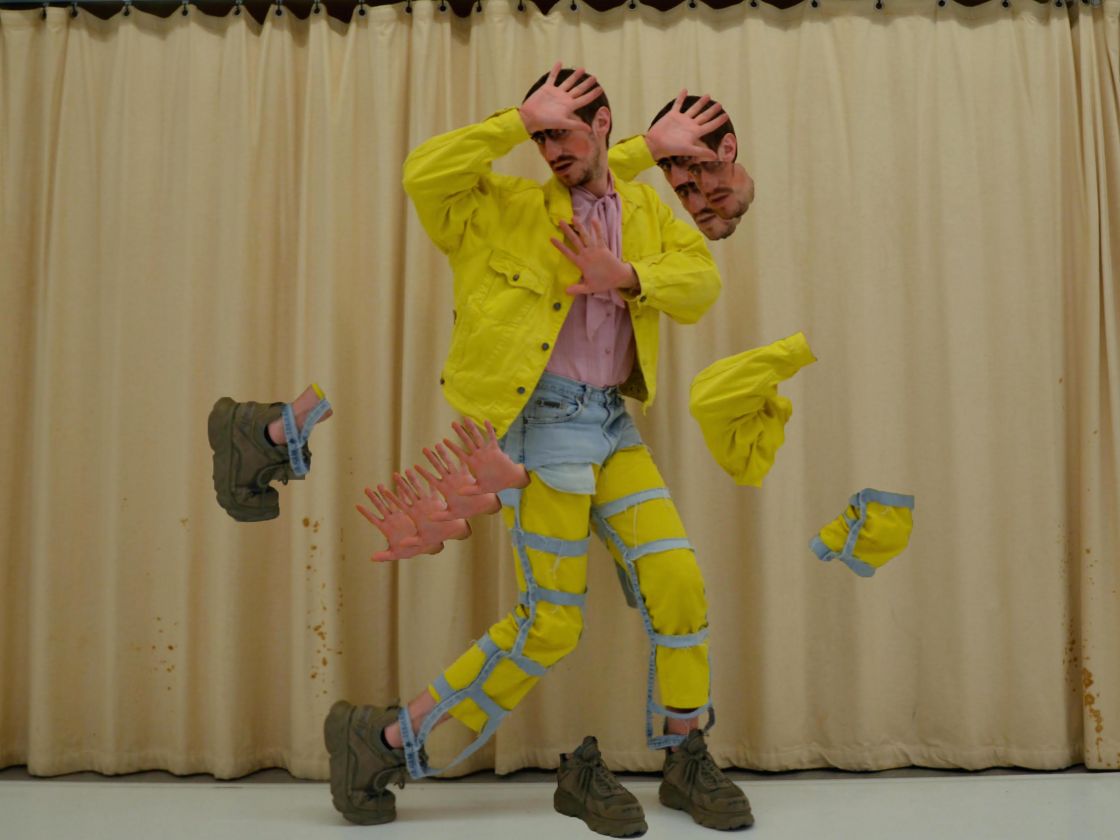 The performances of La Cosa Piel will be presented as a double bill with NON-PLAYABLE CHARACTER by Julia Plawgo.

The backstage is in flames, and I search for the right spot from where to look at it.
I try to find a reason to cry, but end up smiling evilly…

Looking at mannerisms in Latin American telenovelas, La cosa piel delves into hyper-emotionality and the grotesque to explore theatricality, representation and the construction of the self in increasingly alienating times. Together with composer Moro, Juan Pablo Cámara searches for fragile moments within a hyper-constructed environment, to create feelings of intimacy and estrangement. Using the notion/construct of the “drama queen” as a departure point, Juan performs a mash-up of embodiments and texts attempting to expand and reimagine narratives of the self, while navigating edges of performativity and representation.

For questions or information about accessibility, please contact Gina Jeske at or 030 27 89 00 35.

JUAN PABLO CÁMARA is a Berlin-based choreographer and performer from Argentina who graduated from the School for New Dance Development in Amsterdam in 2017. In his choreographic research, he deals with contemporary phenomena such as artificiality, identity construction and disembodiment in order to examine the precariousness of cultural and social constructs. His work has been shown in Buenos Aires, Amsterdam, Berlin, Vienna, Madrid, Lisbon and Poland. As a performer he has worked with choreographers such as Jefta van Dinther, Michele Rizzo, Adam Linder, Kat Valastur.

A production by Juan Pablo Cámara in co-production with SOPHIENSÆLE. With the support of Work Space Brussels and TanzHaus Zürich. The 31st edition of Tanztage Berlin is a production by SOPHIENSÆLE. Funded by the Senate Department for Culture and Europe. With the friendly support of Tanzfabrik Berlin e. V. and Theaterhaus Berlin Mitte. The audio description is carried out in cooperation with Förderband e.V. / Berliner Spielplan Audiodeskription. Media partners:  Siegessäule, tipBerlin, taz and Berlin Art Link.