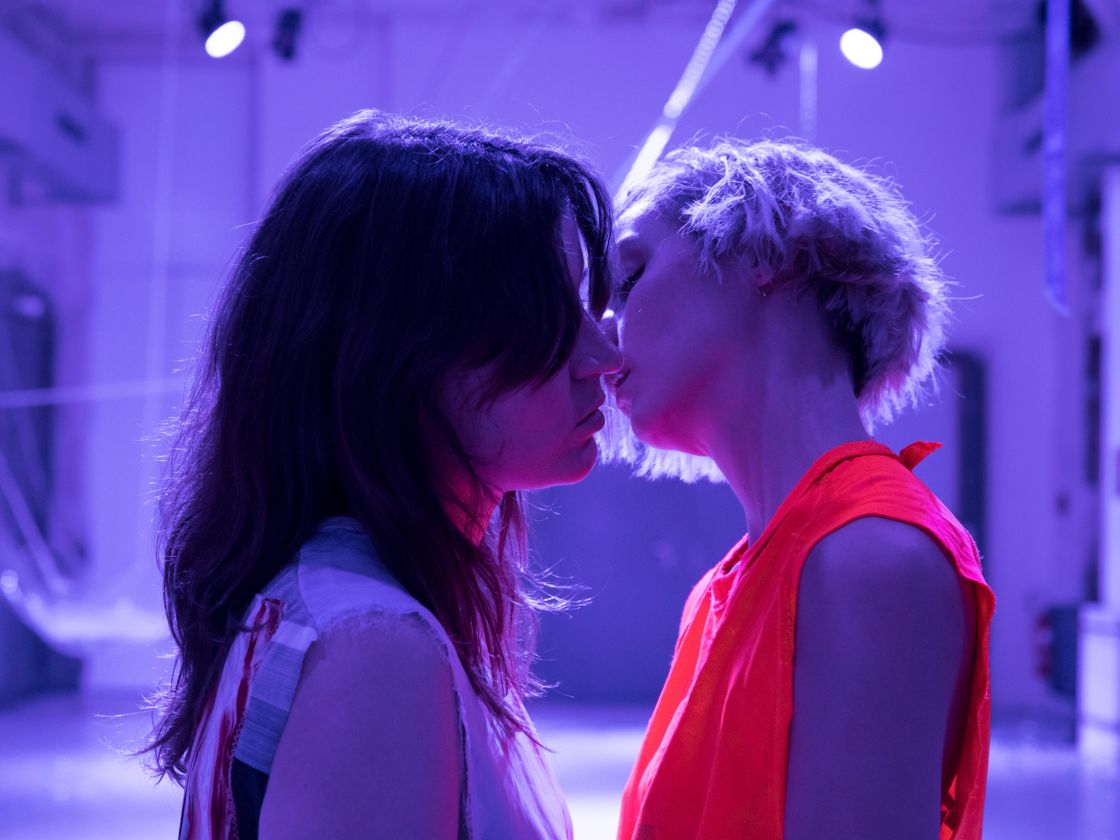 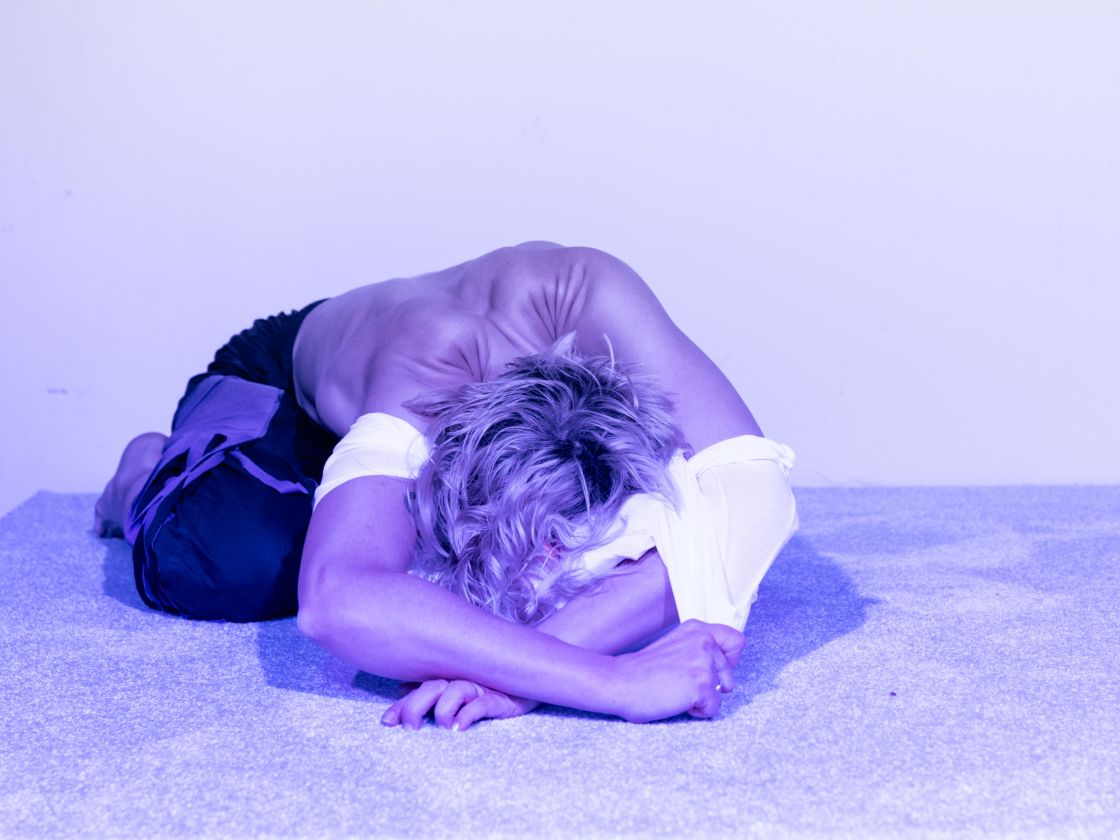 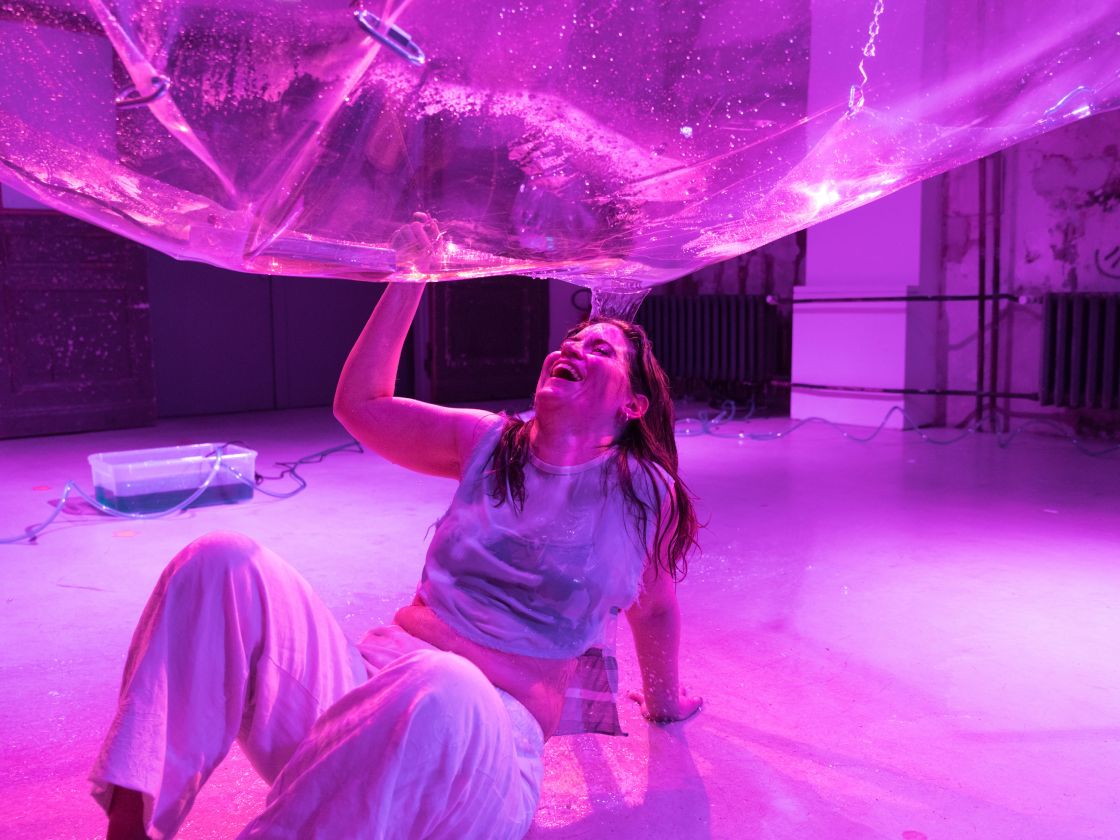 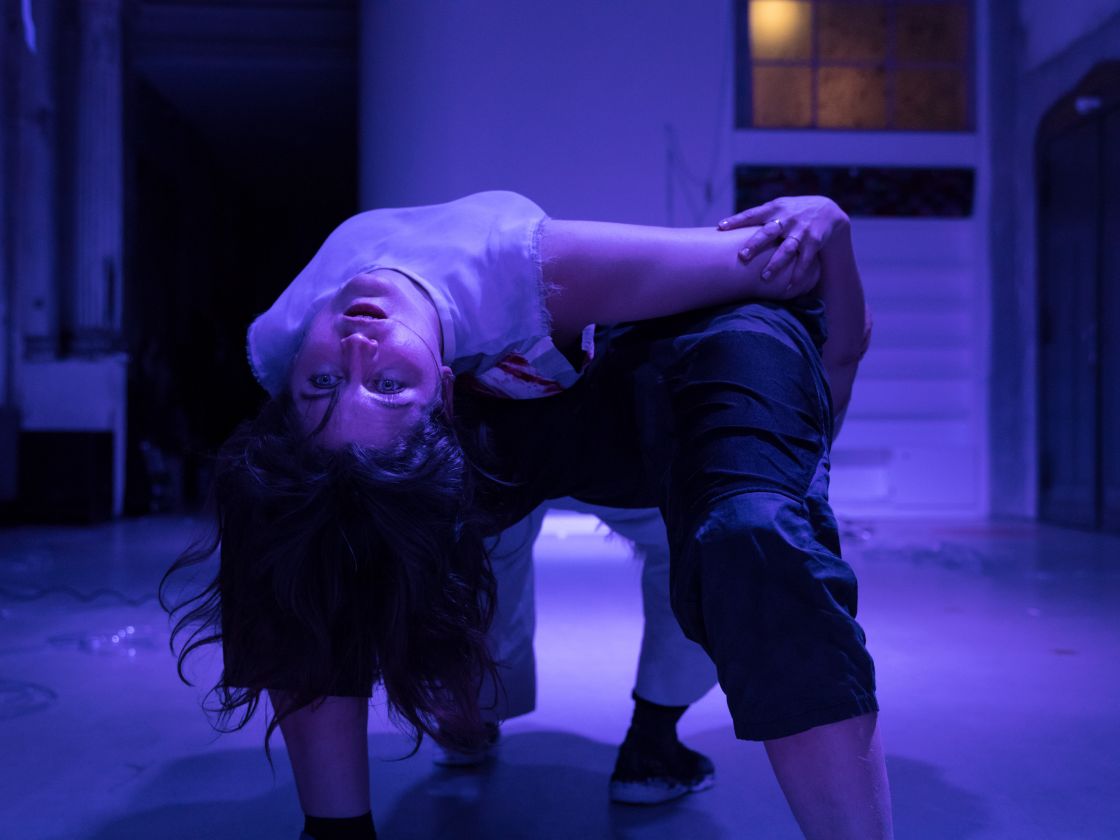 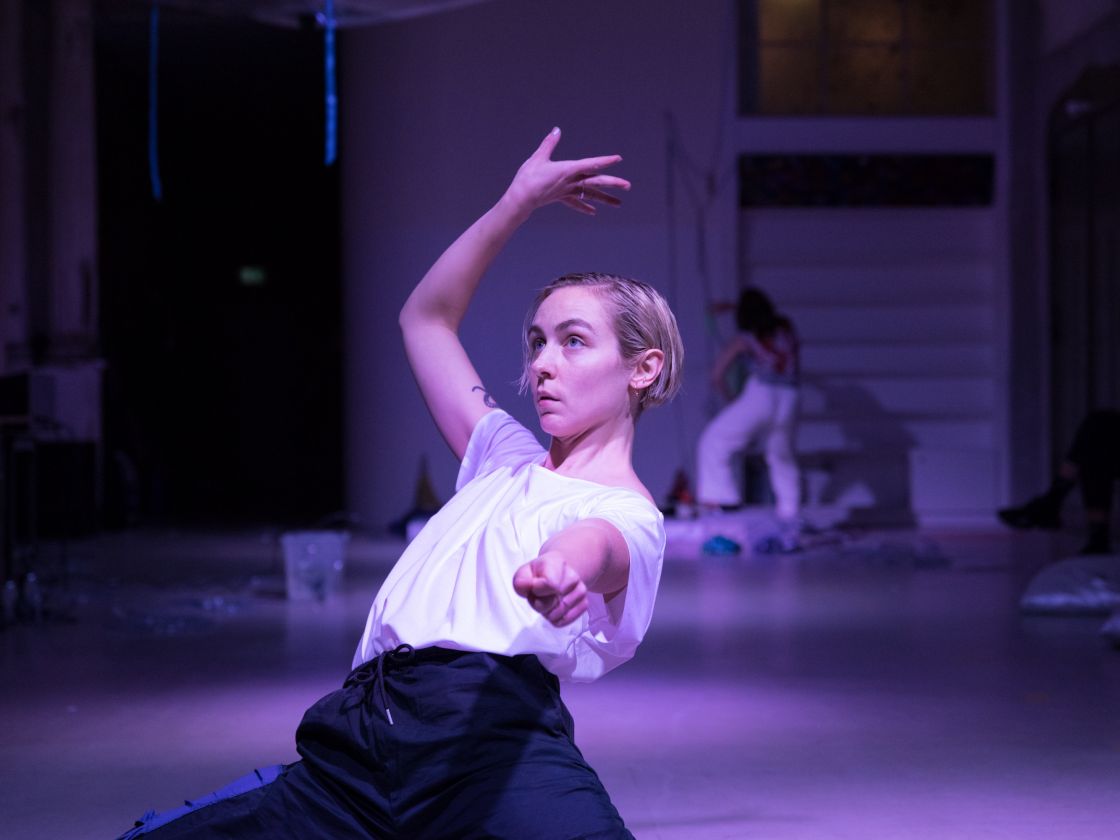 As part of Tanztage Berlin 2022, the world of showdown will inhabit the space of the Festsaalfoyer for one week. In an installative setting, a new adaptation of the film showdown AV by Stella Horta and Judith Förster will be presented from January 06 to 09, followed by the live performance showdown from January 10 to 12. Additionally, the film showdown AV can be streamed as video on demand in English with German audiodescription in the online program on this website from January 17-22.

Inspired by Monique Wittig’s Le Corps Lesbien and Octavia Butler’s novel Parable of the Sower, showdown episodically presents the encounter and coexistence of two individuals. In a strange and at the same time provisionally hopeful environment, the two dancers Nanna Stigsdatter Mathiassen and Judith Förster find opportunities to meet – from formal handshakes to body collisions. showdown refers to the worlds of Neo-Western and survivalism, blurring the boundaries between duet and duel, collaboration and sabotage.

The performance of showdown runs about 45 minutes and is without language. There will be colorful light effects. There are two wheelchair spaces that can be reserved by phone or booked via the online ticket shop or at the box office, if available. If you need a specific seat due to mobility restrictions or other visible or non-visible disabilities, we recommend to arrive early to be able to choose a seat that suits you. If you have any questions or need further information, please contact Gina Jeske at or 030 27 89 00 35.
Click HERE to find information about our performance spaces and pathways, accessible restrooms, parking, directions to the theater, a 360° video tour of the building, and more.

JUDITH FÖRSTER works as a stage and costume designer, dancer and choreographer in Berlin. Since her costume design studies in Hamburg (2011-14), she has designed numerous opera and theater productions as well as performative, collaborative works. With her studies at the Hochschulübergreifendes Zentrum für Tanz in Berlin (2015-18), she focused on dance and performance in stage and costume design, as well as in her own artistic works. The interaction of body and material, as well as the inherent potential for intimacy and liminality, is the focus of her research, finding new forms, again and again, in collaborations with choreographers, visual artists and dancers including: OMSK Social Club, Julian Weber, Monica Bonvicini and André Uerba. http://www.judithfoerster.de/

A production by Judith Förster. Funded by Senate Department for Culture and Europe. The 31st edition of Tanztage Berlin is a production of the SOPHIENSÆLE. Funded by the Senate Department for Culture and Europe. With the friendly support of Tanzfabrik Berlin e. V. and Theaterhaus Berlin Mitte. Media partners:  Siegessäule, tipBerlin, taz and Berlin Art Link.