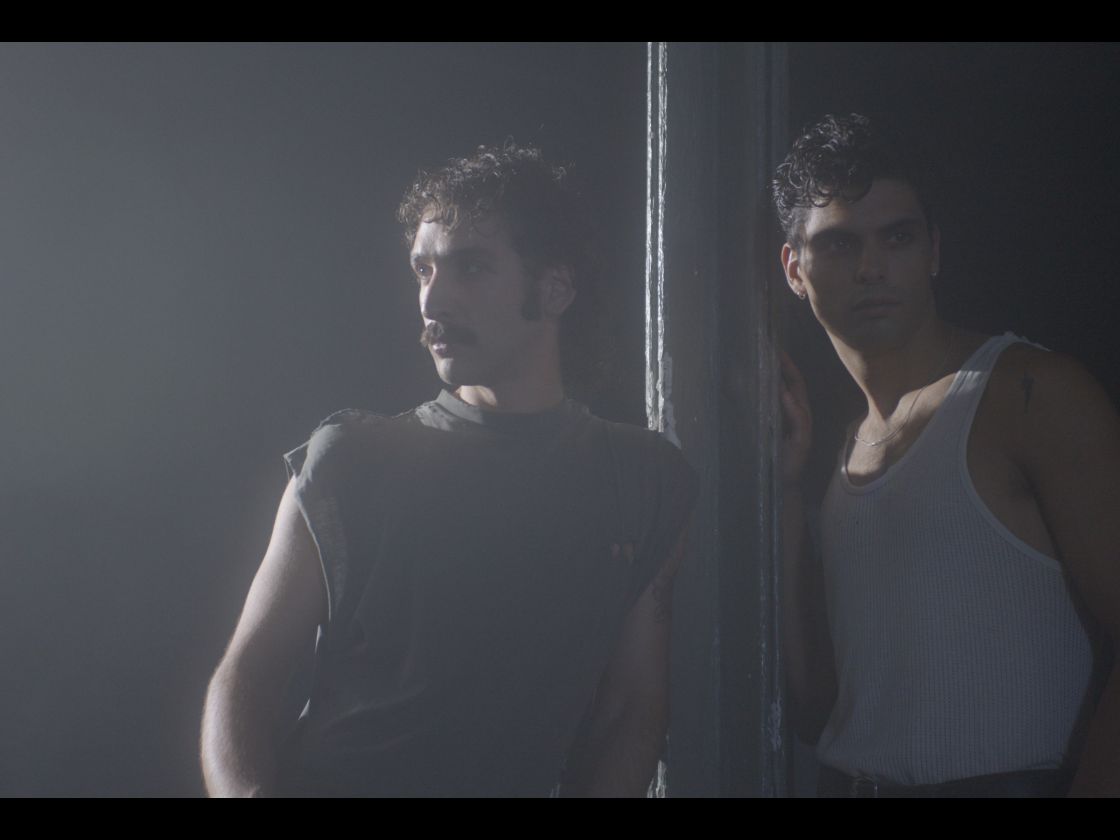 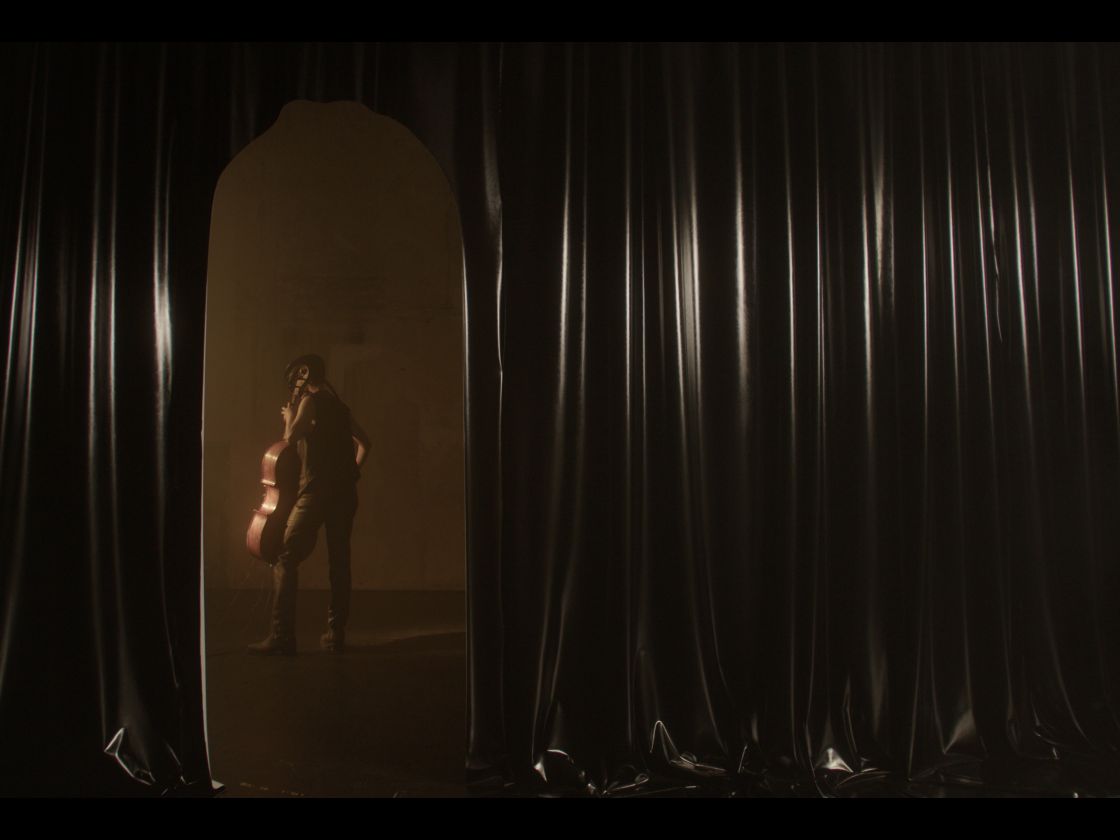 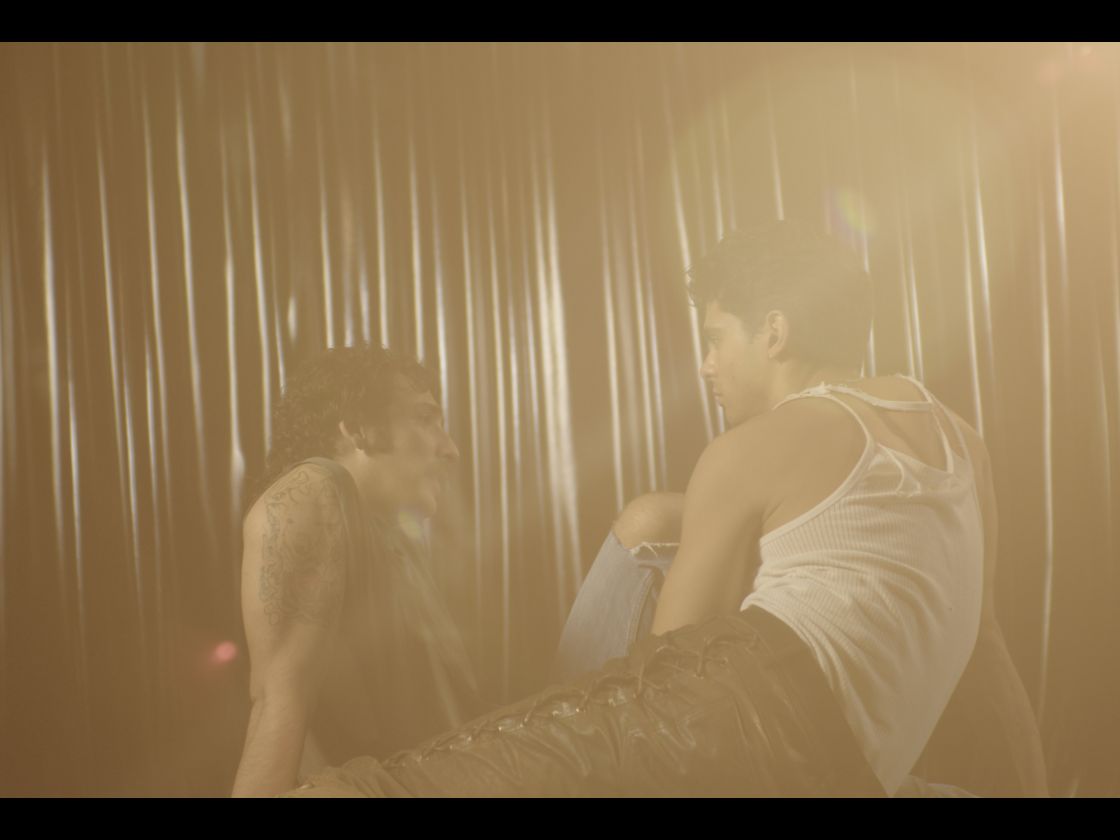 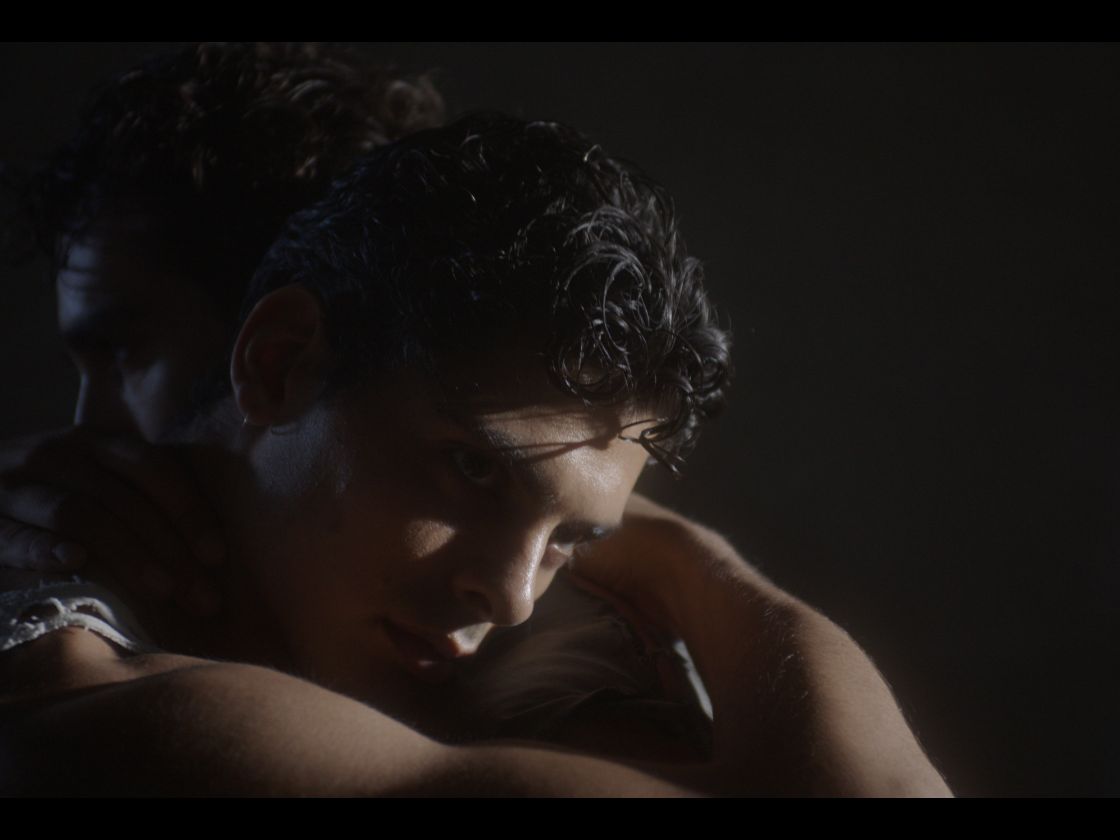 In Time of the Angel, Enad Marouf creates a fragmented conversation between a ME and a fictional YOU that is multiple. A YOU that has lived in the Middle East for the past 60 years and experienced the first outbreak of the AIDS epidemic. In an uncanny way, that epidemic of the 1980s appears to anticipate the challenging times of today in more than one respect: At both points in time, a world seems to come to an end. In Enad Marouf’s video work, a parallel moment emerges in which the notion of the future is radically put into question.

Time of the Angel is the second part of the project Passage – Out of Tme, Out of Place, which deals with queer intimacy, loss and memory. Enad Marouf opens the space for queer narratives and stories from the Middle East by shifting questions of identity politics and stereotyping to processes of embodiment. Queer gestures and speech are thus understood not only as behavior, but as action. The linear narrative is replaced by meditative sequences of performance using fragments of language, movements and 3D renderings of site-specific spaces in Damascus.

Artist Talks
The presentation of the work in the festival is extended by three conversations that take place in the intimate setting of the video installation. Here Enad Marouf will meet other artists from the Middle East to talk about archives, futures, intimacy and technology.

Fehras Publishing Practices (Sami Rustom, Omar Nicolas, and Kenan Darwich) is an artist collective founded in Berlin in 2015. It researches the history and presence of publishing and its entanglement in the socio-political and cultural sphere in the Eastern Mediterranean, North Africa, and the Arab diaspora. It sees publishing as a possibility for producing and accumulating knowledge, and for initiating projects in different formats, such as installations, films, publications, lectures, and performances. The collective’s investigations take place at public libraries, book markets, and in private and institutional collections. Fehras examines publishers and university catalogs as well as newspaper, radio, and television archives. Personal stories of publishers, memoirs, letters, and photographs are also part of this research.

Farah Barqawi is a Palestinian writer, performer, podcaster, editor and translator. She writes poetry and prose, and her work has been published by Mada Masr, Al-Jumhuriya, Jeem, Romman, and Saqi Books amongst others. In 2019, she produced, directed and hosted the 4th season of the Arabic podcast Eib (Shame) with SOWT, tackling contemporary stories and issues related to love and relationships in the Arabic speaking region. In 2018 – 2019, she toured with her first solo performance “Baba, Come to Me”. She is the co-founder of two feminist projects: Wiki Gender and The Uprising of Women in the Arab World. Farah is currently pursuing an MFA in Creative Nonfiction Writing at New York University, and lives between New York and Berlin.

The video installation Time of the Angel lasts about 25 minutes and runs in a continuous loop. It is in Arabic spoken language with English subtitles.The lighting will be dimmed and there are no light effects or sudden light changes, nor loud or abrupt sound effects. Audience members can enter and exit the space any time. The space is wheelchair accessible. To use the elevator please contact our evening staff. If you have any questions or need further information, please contact Gina Jeske at or 030 27 89 00 35.
Click HERE to find information about our performance spaces and pathways, accessible restrooms, parking, directions to the theater, a 360° video tour of the building, and more.

Enad Marouf is a Syrian/German performance and video artist based in Berlin. In his work, body and text take centre stage, using gesture, dance, language and images as poetics and articulations of temporalities that informs our corporeality and how we recount the world around us accordingly. He finished his MA in choreography and performance at the institute for theatre applied science in Gießen/Frankfurt in 2014. In 2008/09 he worked as an artistic assistant in the video department for the Forsythe company and one year later co-founded the collective New Forms of Life. Since 2016 He has been part of Anne Imhof’s studio. Collaborating with her as a dramaturge, choreographer and performer. His solo works and collaborations has been presented in Athens Biennale, KunstenfestivaldesArts Brussels, 104 Paris, HAU Berlin, Babel Beirut, Centre culturel Francais de Damas, Venice Biennale and Shedhalle Zurich i.a.

A production by Enad Marouf in co-production with TANZTAGE BERLIN/SOPHIENSÆLE. Supported by NATIONAL PERFORMANCE NETWORK – STEPPING OUT, funded by the Federal Government Commissioner for Culture and Media within the framework of the initiative NEUSTART KULTUR. Assistance Program for Dance. The 31st edition of Tanztage Berlin is a production of the SOPHIENSÆLE. Funded by the Senate Department for Culture and Europe. With the friendly support of Tanzfabrik Berlin e. V. and Theaterhaus Berlin Mitte. Media partners: Siegessäule, tipBerlin, taz and Berlin Art Link.