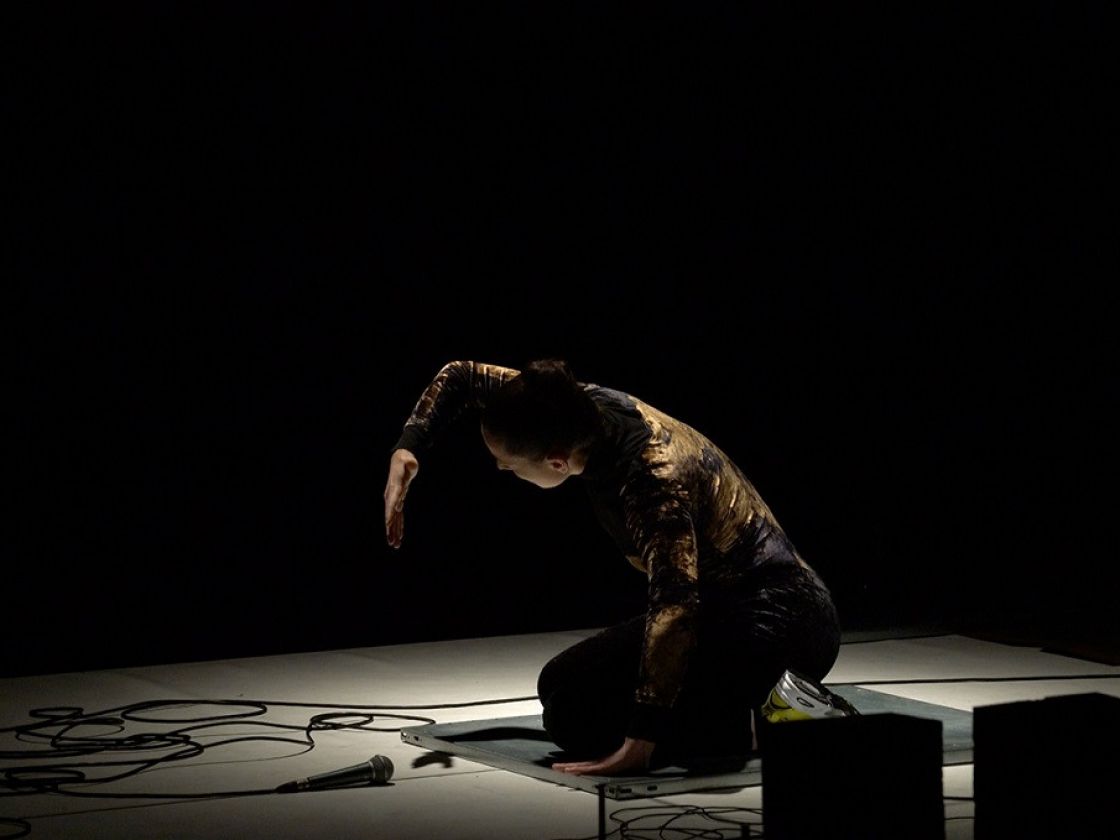 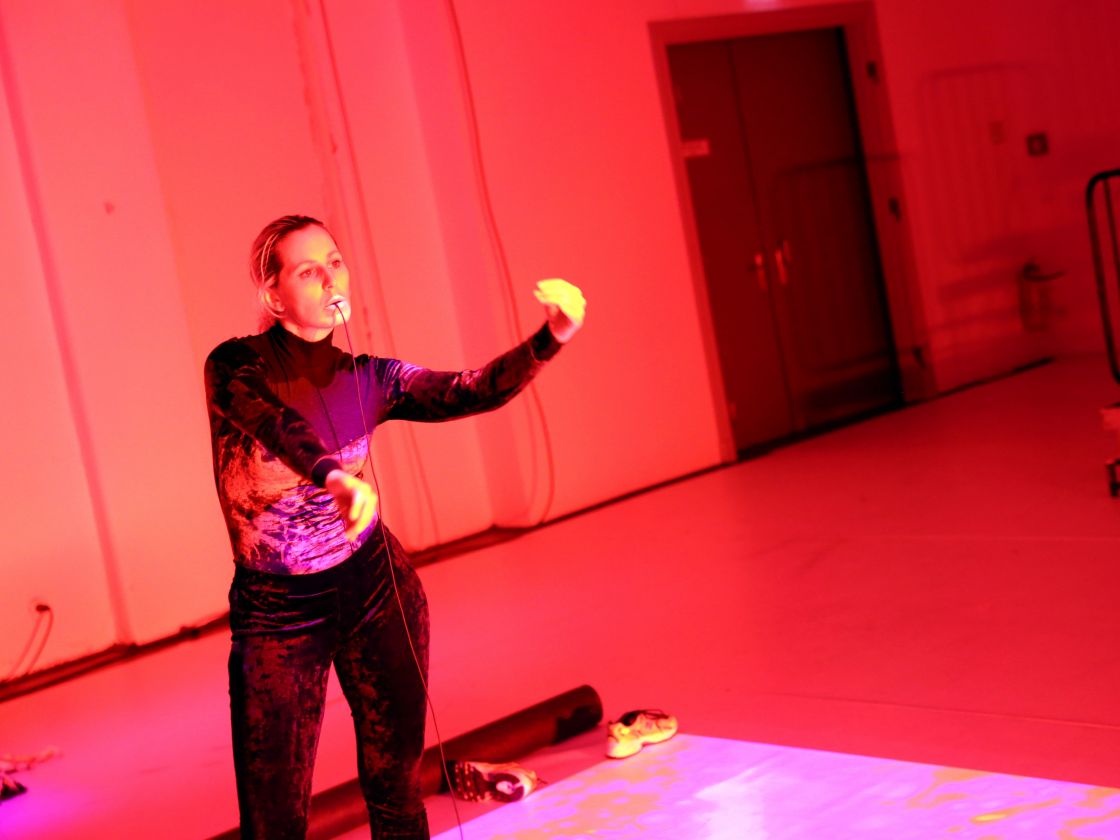 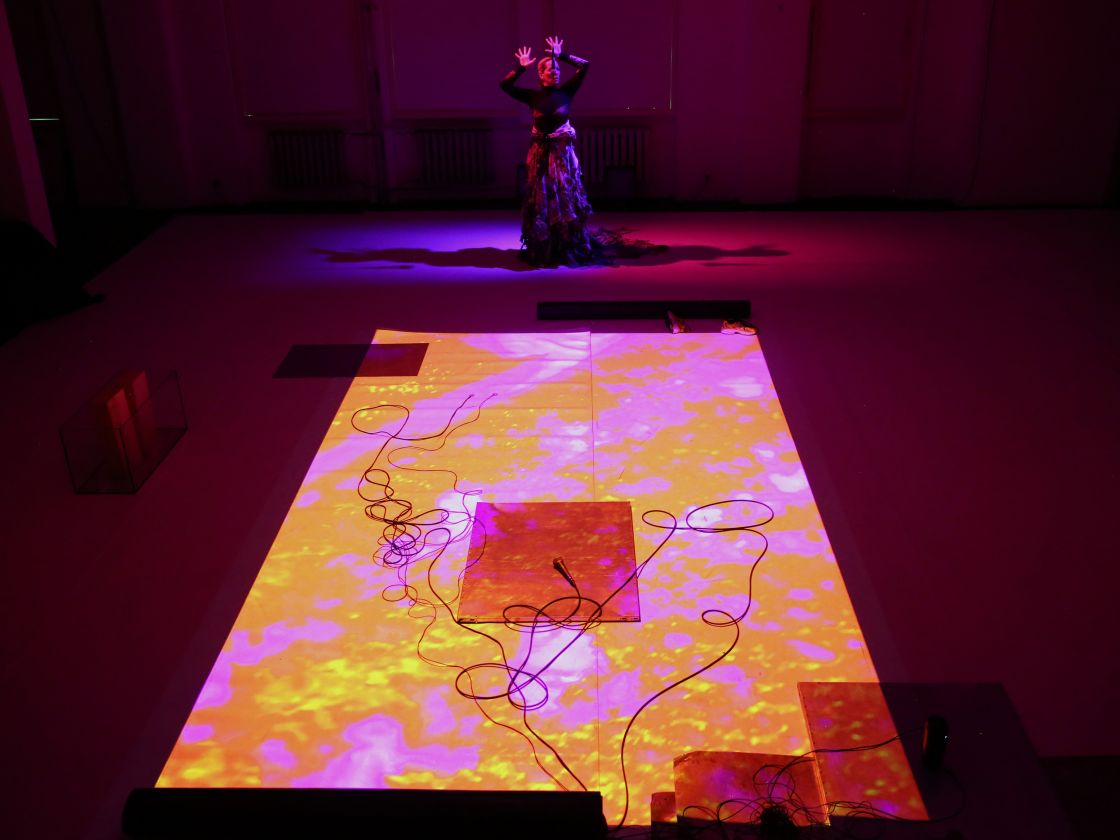 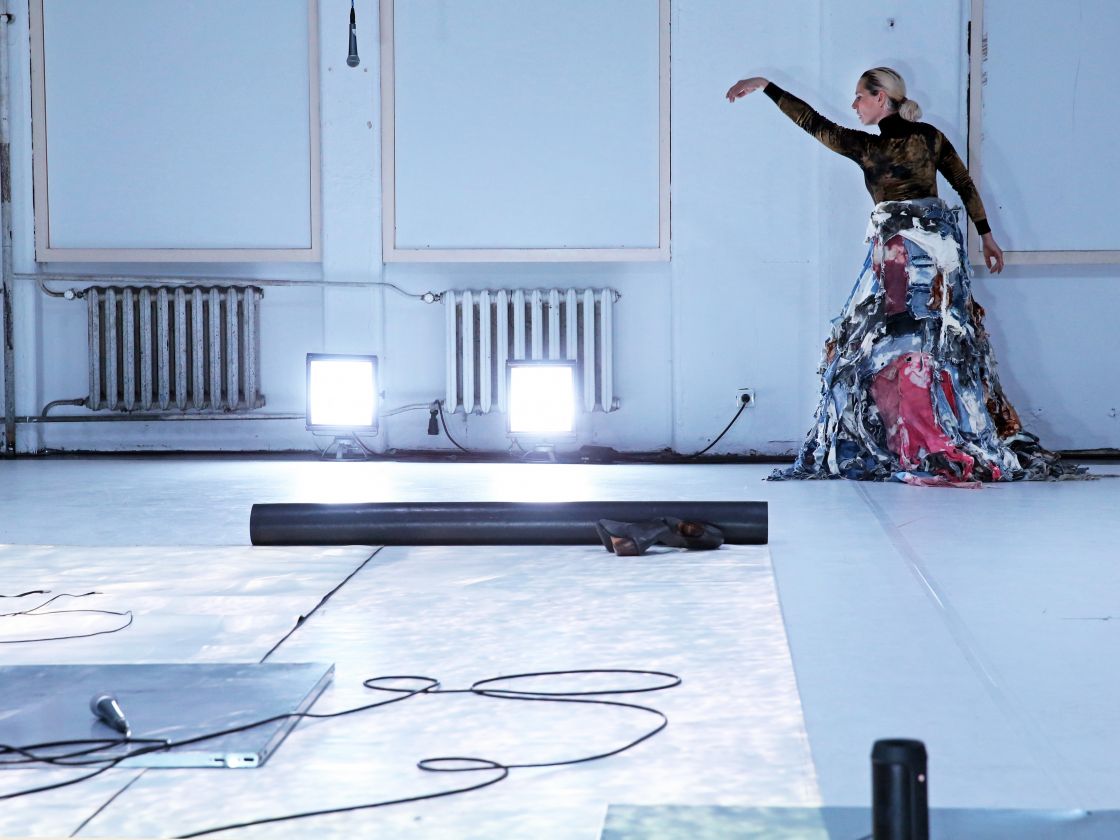 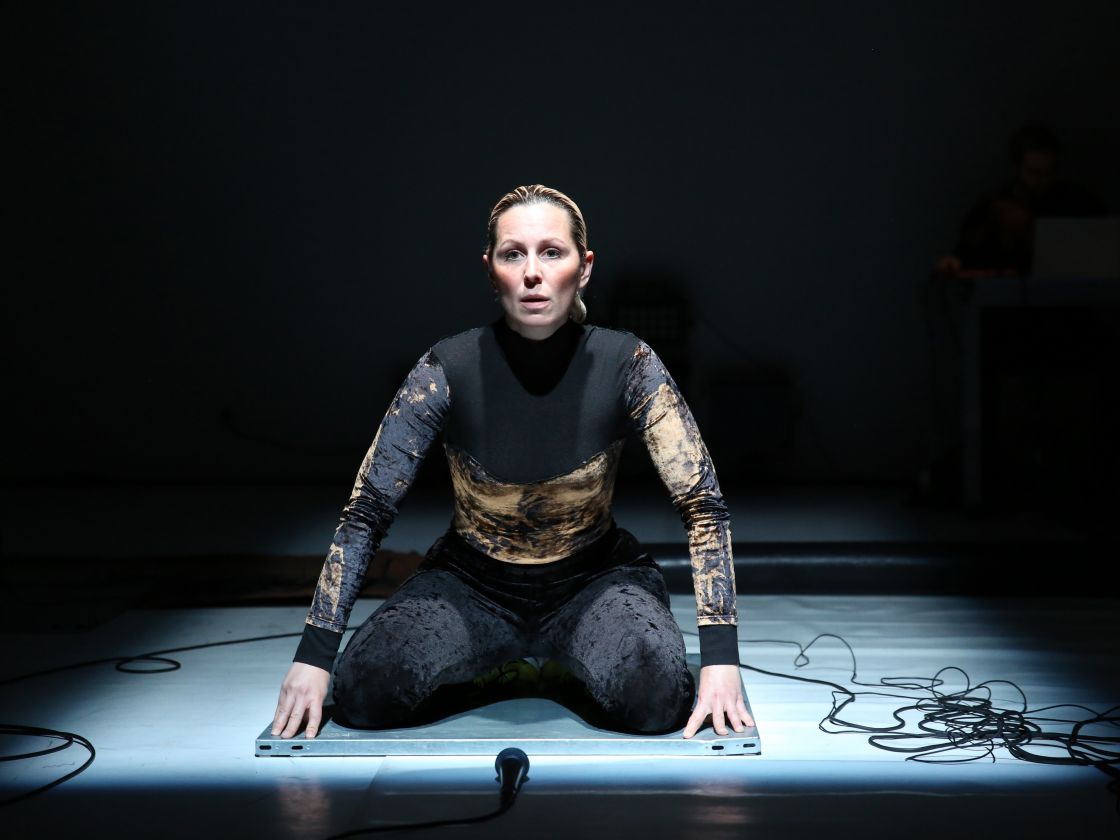 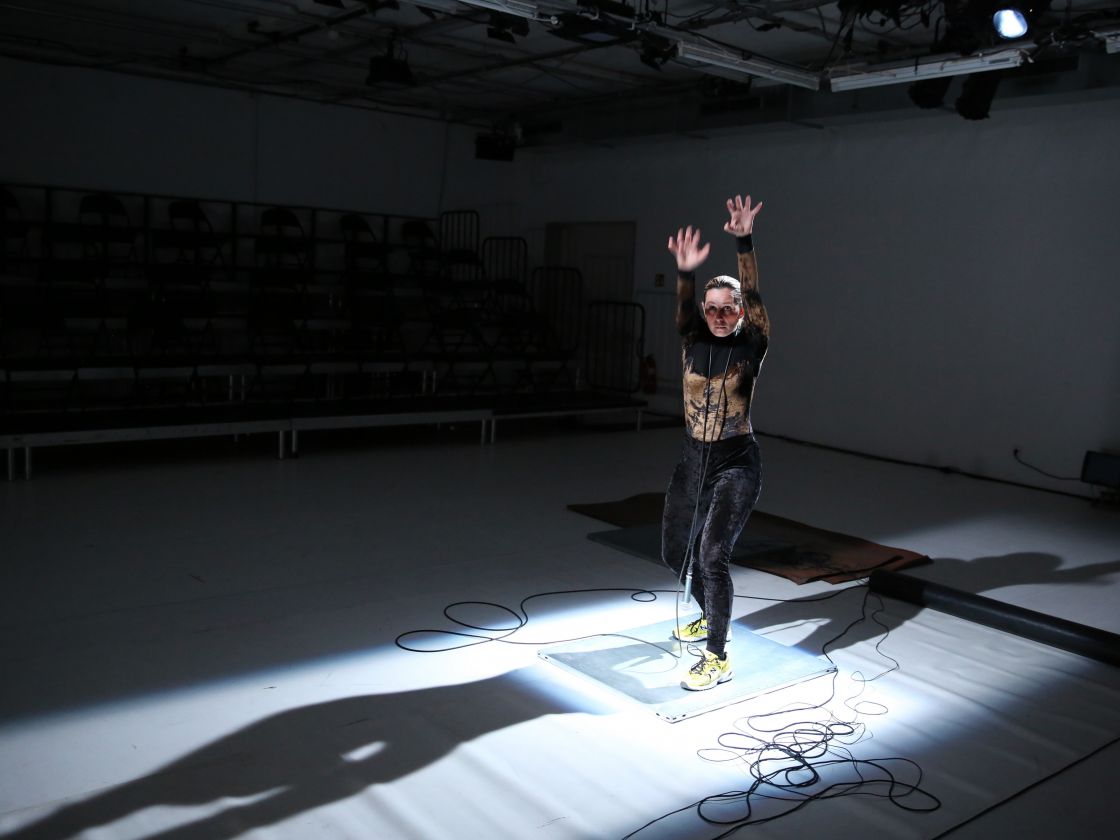 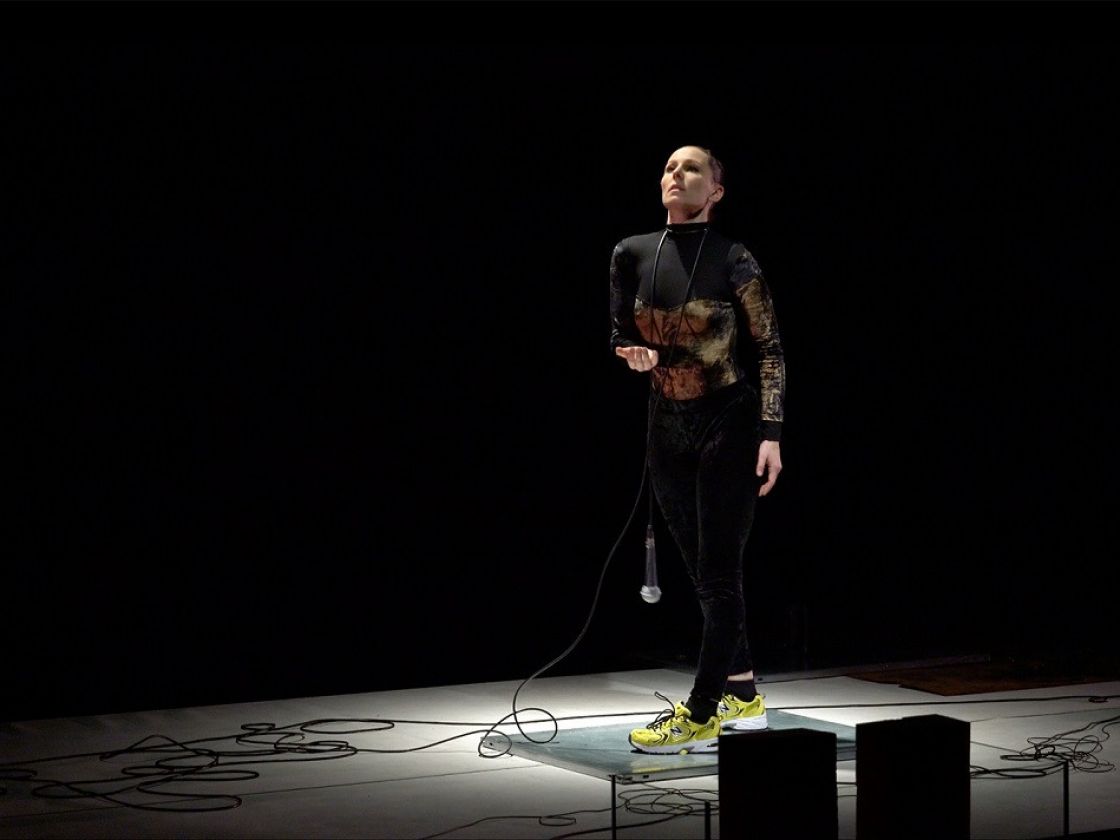 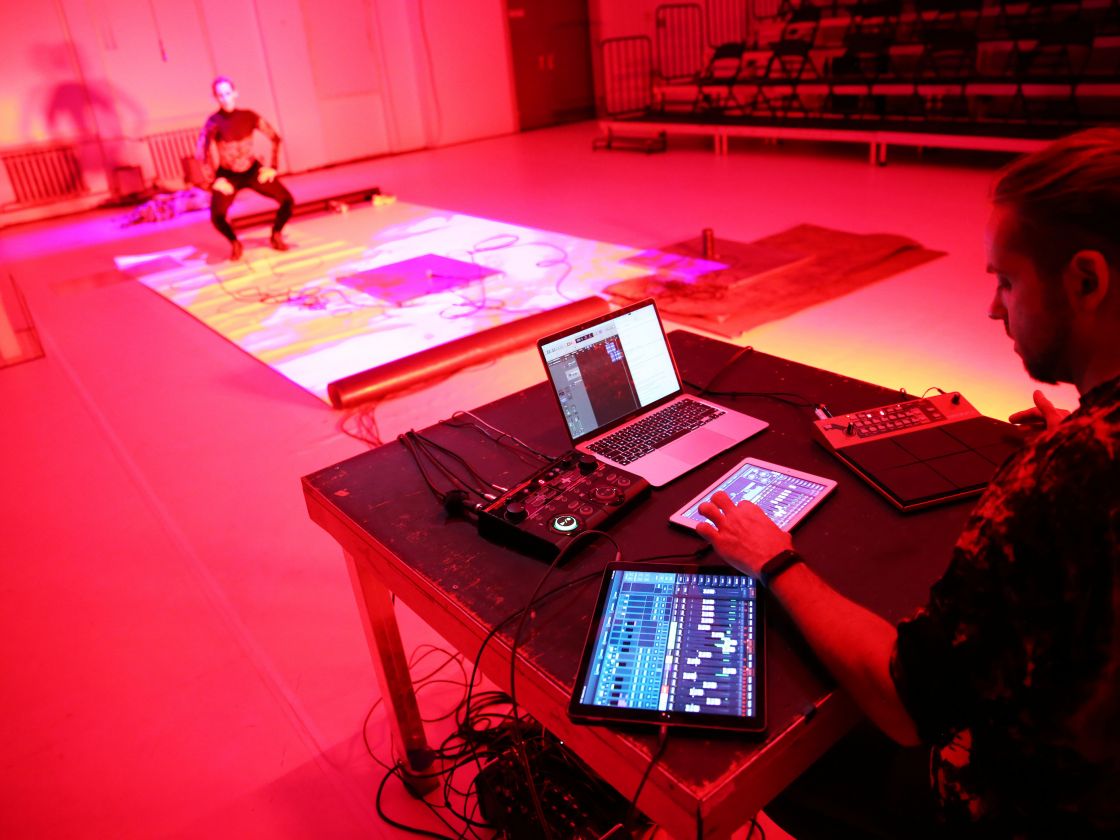 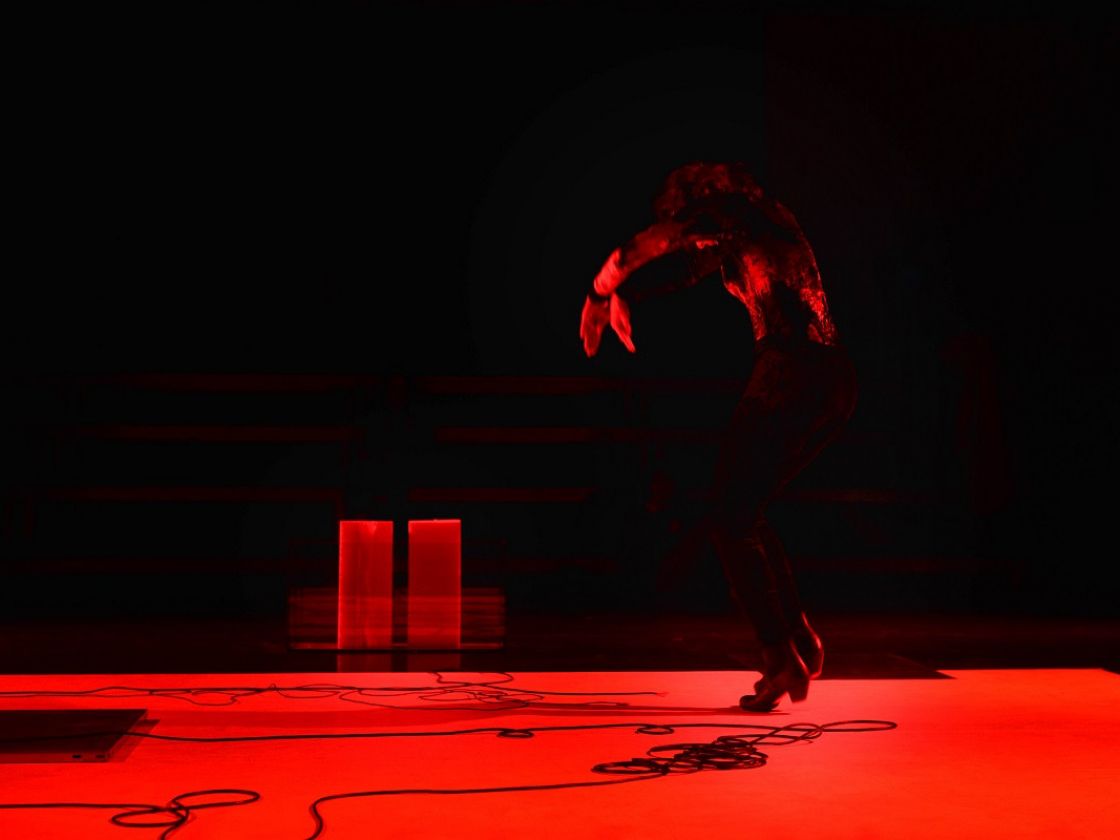 In Perpetual Archive Ana Lessing Menjibar experiments with the cultural legacy gathered from her flamenco background and its cathartic potential – a collective agreement to pay attention to the wound of the individual and thus merge with each other. Through emotion and participation, flamenco releases the transformative power to turn pain into energy and empowerment. Lessing Menjibar explores and opens her personal archive of physical memories and stored mental constructs. She releases them into a space between formality and ecstasy, revealing a series of states, creatures, spatial concepts and unfolding a poetic world.

Perpetual Archive runs about 60 minutes. It uses few English, German and Spanish spoken language. Anyhow, it is comprehensible without any knowledge of these languages. The light situation is sometimes dark, sometimes bright. There will be abrupt light changes and surprising and sometimes loud sound effects. Hearing protection will be provided at the entrance. The audience area on the grandstand is seated. There are two wheelchair spaces and one beanbag seat that can be reserved by phone or booked via the online ticket shop, if available. Admission begins 20-30 minutes prior to show time. We recommend arriving early to select a suitable seat. Please note that details may change until the premiere. If you have any questions or need further information, please contact Gina Jeske at  or 030 27 89 00 35.
Click HERE to find information about our performance spaces and pathways, accessible restrooms, parking, directions to the theater, a 360° video tour of the building, and more.

ANA LESSING MENJIBAR is a German-Spanish performer, dancer and visual artist, born and based in Berlin. In her work she weaves body and sound in multimedia installations to construct poetic-surreal worlds that reveal a series of states. Exploring the transformative potential of flamenco in the context of performance and contemporary dance, the body is also addressed as a unique source of sound and rhythm, using sound to act as a performer in space. In addition to flamenco dance, she studied visual communication at the UdK Berlin and completed a master Solo/Dance/Authorship degree at the HZT-Berlin

Philipp Kullen studied percussion and drums, graduating in 2006 from the Hanns Eisler Academy of Music in Berlin. He has been touring Europe as a professional musician since 2005 – for music of different styles: from jazz to flamenco to electronic music. From 2009 to 2011 he explored the possibilities of a creative approach to sound and space in his studies Sound Studies at the University of the Arts in Berlin. Since 2009 he realized several experimental sound works, sound installations and sound performances in Berlin, among others in the context of Transmediale 2010 and at the festival klangstaetten 2012 in Braunschweig. He also works as a musician at the Berliner Ensemble in productions by Jean Bellorini and Robert Wilson and at the Konzerthaus Berlin with Nico and the Navigators.